Titanium: An Indispensable Material for Weapons

Titanium: An indispensable material for weapons

Titanium alloy has been widely used in the weapons industry and has become an indispensable material. With titanium in weapons, it is even more powerful and magical. Titanium alloy weapons are not only light in quality, good maneuverability, and increased in power. They are especially suitable for airborne and assault forces. Titanium alloy mortar seat plates are more than 50% lighter than steel plates. Titanium alloy is a superior material for manufacturing mortar tubes, seat plates, gun barrels, gun racks, etc., And it is also a good material for preparing protective clothing and helmets. 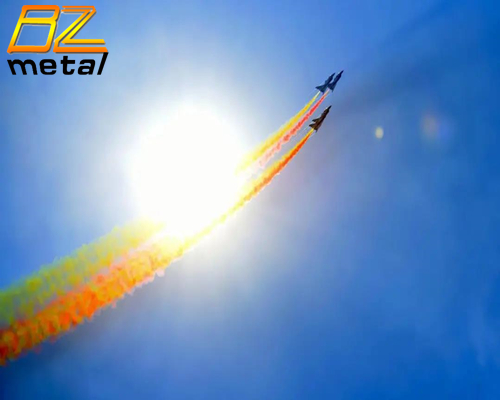 Titanium and titanium alloys are important materials for the manufacture of artillery structural parts. Since the 1950s, they have been used in some world-famous artillery pieces. The barrel, chamber, nozzle and firing piston of the M28 120mm Crockett recoilless gun manufactured in the United States in 1950 are forged and extruded from Ti-6Al-6V-2Sn-0.5Fe-0.5Cu alloy. The total weight of the gun is 68kg, which is 34.9% lighter than the 104.4kg of the steel gun. After splitting, 5 people can easily carry it on their backs. In 1961, mass production began, equipped with infantry battalions, paratroopers, Mechanized infantry battalions, tank battalions and airborne divisions have the advantages of small size, light weight, high power, high mobility and easy camouflage. TI-6Al-6V-2SN-0.5Fe-0.5Cu is a (α+β) alloy with mechanical properties in the annealed state: tensile strength 1098MPA, yield strength 1030mpa, elongation 13%, cross-section shrinkage 37%, Brinell hardness 34.

In the 1970s, the barrel was made of Ti-6Al-4V-2Sn titanium alloy, and the chamber, nozzle and firing piston were made of Ti-6Al-4V, Ti-7Al-4Mo and Ti-5Al-1.5Fe-1.4Cr-1.2Mo titanium alloy. The mass of the whole gun is only 49kg, and 4 people can resist running forward. After the tailstock and gun mount of the T66 76mm gun were changed to titanium alloy, it was 93.55kg lighter than steel, only 142.9kg. The large titanium alloy frame of the field artillery is 42% lighter than that of steel. Later, the United States used industrial pure titanium to manufacture the seat plate of the T227 81mm mortar, which was 50% lighter than the steel plate and only 10.9 kg. The gun stopper of the gun is also made of titanium alloy, which is used to connect the barrel and seat plate. Hundreds of test fires have been carried out on the ground and on the gravel ground, and good results have been achieved. After the T227 81mm mortar was switched to titanium base plate, the mass dropped to 34kg and the range increased to 4500m, while the steel cannon had a mass of 42.25kg and a range of 3600m. Not only did the quality decrease by 20%, the range increased, and the maneuverability was greatly improved. 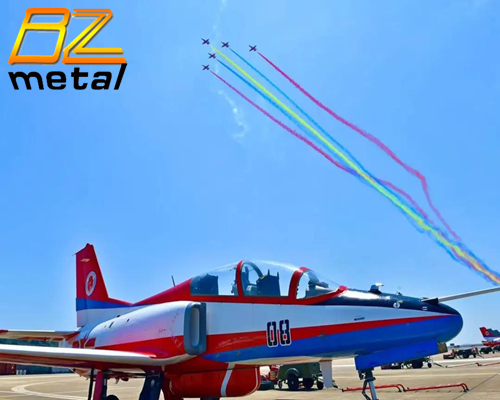 After Japan's 155mm pursuit gun mount plate was switched to Kobe Steel's titanium alloy, the quality decreased by about 50%. It was welded with 5mm and 8mm Ti-6Al-4V alloy plates. Tests have shown that the welding quality is good and can fully meet the combat needs. The 100mm mortar seat plate stamped with TA7 alloy in Japan is 10kg lighter than the steel one. It was designed and shaped in 1981 and produced in 1983. The gun body, base and bracket of the 82mm mortar installed in 1984 were replaced with titanium alloy, which is 16.6 kg lighter than steel.

On January 31, 2007, the U.S. "Army Times" said that the 155mm M777 new-style howitzer is the first ground combat system made of titanium alloy. It is about 3,150 kg lighter than the eliminated M198 artillery, and its quality is reduced by nearly 50%. The decline in the quality of the artillery system has not affected its range and accuracy, but its maneuverability has been greatly improved.

2. Helmets, Body Armor and Other Equipment

From 1959 to 1961, the United States used Ti-6Al-4V and Ti-5Al-2.5Sn titanium alloys to spin the M-1 standard helmet without success. Later, it was changed to Ti-4Al-3Mn titanium alloy and the explosion molding process was successful. The quality was only 0.794kg-1.02kg. In terms of bulletproof effect, the titanium helmet is the same as the steel helmet, but the titanium helmet is 0.45kg lighter than the standard steel helmet.

The United States uses a 25.4mm thick sheet made of 10 layers of nylon and 1 layer of Ti-5Al-2.5Sn titanium alloy sheet to manufacture bulletproof vests. Its mass is only 3.86kg, which can protect against shells, grenades, and mine fragments, but not against 7.62mm bullets. 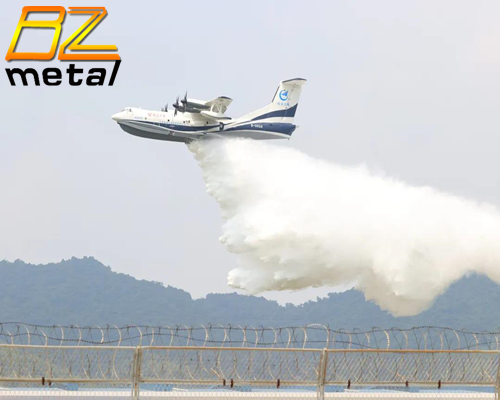 The muzzle brake of the Russian Union 152mm double-barreled self-propelled gun is made of titanium alloy. It has two cannons and is used alternately when firing. It has a fast firing speed and strong firepower, reaching 15-18 rounds per minute. It is flexible, has strong off-road ability, and has a strong survivability.

China has been studying the application of titanium alloys in weapon manufacturing since the 1970s, with remarkable results. The anti-tank missile steering gear and frame body are made of TC9 titanium alloy, which is a Ti-0.2Pd alpha alloy and is used in the annealed state; the 85-type anti-aircraft gun retractor made of TC4 titanium alloy has achieved very good results. Later, precision-cast ZTC4 alloy was used instead of TC4 alloy. Extruded bars have achieved better results. The material utilization rate has increased from 18% to 94%, and a lot of cutting and processing costs have been saved. Kill two birds with one stone. TC4 is a commonly used Ti-6Al-4V alloy with excellent performance, α+β type, which is used in the annealed state. The light-duty flamethrower made of titanium has a range of up to 70m. It is a close-range light weapon, which is more than 3kg lighter than steel. It can be prepared from industrial pure titanium, Ti-3Al-2.5V and other alloys.